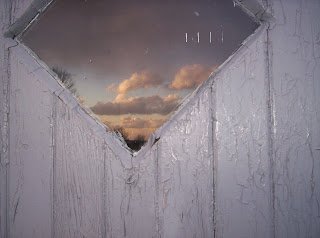 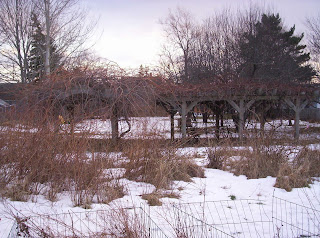 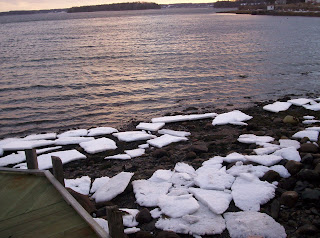 Posted by Ms. MacDonell at 2:00 PM No comments:

I like the moral complexity of this movie. At the start it seems that we are supposed to be sympathetic to Kitty because she is virtually sold off to her would-be husband Walter. The family believes that her time is ticking away and if she does not take action she will continue to be nothing more than a beautiful and useless burden on her father. Out of desperation, then, she marries a bacteriologist with whom she has little to nothing in common and shortly finds herself in Shanghai mostly alone and unfulfilled. To fill the void she becomes entangled in a romance with a married diplomat who--unbeknowst to her--has a penchant for frivolous women. When Walter learns of the affair, he proposes a divorce and announces that he will be moving to a remote interior town where he wants to help battle a cholera outbreak. At this point, Kitty appears to be the victim again, but it is hard not to understand Walter's actions. As the story develops, he immerses his rage in highly noble humanitarian actions, yet he causes her to suffer in the extreme. As I watched the film, I was constantly asking myself who was more at fault.

In the interim, we meet a French mother superior and a British bureaucrat who offer divergent views on life in a time of cholera that provide a counterpoint to Kitty and Walter's situation.

The story resolves the issues in the Fane marriage, both characters grow and the audience is left with a poignant ending. With the final piece of music a children's chorus singing "A La Claire Fontaine" the audience draws connections between water, disease, the emotional life, love and memories.
Posted by Ms. MacDonell at 7:39 AM No comments:

While researching blogs I found an article on the CBC site by Matthew McKinnon called "Our Home and Native Blogs" that lists the top ten blogs in Canada. He claims that his favorites "deliver a depth of knowledge, degree of passion and quality of writing that rival--or dare we admit, sometimes surpass--the efforts of the mainstream media and their fancy-pants journalists". Among the sites I checked out, I was especially intrigued by one called Bookninja The site is published by George Murray, Kathyryn Kuitenbrouwer and Peter Darby, all of whom are well ensconced in the literary world. I was pleased to see their entry on Seamus Heaney's latest prize, the 2006 Eliot prize for poetry. His newest collection District and Region is a look at a world "in which conflict is inescapable, war omnipresent". I'm afraid this is ringing true. I would like to read the collection.
Posted by Ms. MacDonell at 5:21 AM No comments:

As the snow refused to fall and the weather found Floridian new ways of expressing Christmas in Nova Scotia, we were relegated to leaving the skis in the shed. While we weren't enjoying the winter wilderness of Kouchibiguac, we did watch An Inconvenient Truth. The saddest parts were watching a cartoon polar bear swimming desperately to reach a tiny icepan, and seeing Al Gore take a ride in a cherry-picker just to reach the top of the line on the graph showing the projected emissions of the near future. Strong visuals. At the same time, the media was replete with stories of climate change and George Monbiot got air time again and again on CBC. Interested in what he was saying, I read his book Heat, How to Save the Planet from Burning. Although his projections were equally gloomy, I did like the way he framed his discussion around solutions--too many to mention. I recommend reading it, or at least several chapters.
Posted by Ms. MacDonell at 4:17 PM No comments:

Lion and The Jewel

I like the fact that this play has an interesting lead female character. Sidi is in all of the scenes of the play. She is "The Jewel" of the title admired for her beauty, yet she is unaware of her power until she is photographed by the unnamed "outsider". She attempts a revolution, to unseat the power of Baroka, but she is tricked by his wily and persuasive ways.

Lakunle is utterly unlikable, for while he says that he believes in equality for women he continually calls his potential wife "his helpmate". He uses a great deal of Christian/Western truisms and uses its terminology, yet he too is in awe of Sidi because of her physical attributes. I think he is more like the "bushmen" that he criticizes than he realizes. For example although he says that he wants nothing to do with the African-inspired dancing/mime performances, when he joins in in the opening scene "Morning" he has a great time. Lakunle believes that he is an intellectual and is busy educating the young, but in fact he is corrupting the youth, teaching them not to believe inthemselves. He is colonizing the people even though he is African.

Baroka is disgusting in a different way. While Lakunle is obsessed with what he believes to be progress, Baroka is only too happy to live in the past where he reigns supreme. So great is his need for the status quo that he bribes the railway engineer to have the new railroad circumvent his village. Baroka likes his male-dominant world. He is feared more than loved. Marriage to him is undesirable. As his wives, you enjoy the dubious pleasures of tickling his feet and plucking his armpits!

Sadiku believes that Baroka's seeming impotence is the dawn of a revolution. "Beware ye masters. We'll scotch you in the end." When we consider the horrible life she has lead, we wish her words to be prophetic, buy they are not. Even if Baroka were impotent, he has already ruined her life. Is she about to begin a whole new existence of freedom at the age of seventy?

In the end Sidi is broken, and she steprs forward into her fate of marrying Baroka--a reprehensible thought. This is a comedy, but for the most part it is not funny, just pathetic. Does Soyinka want us to believe that it is a shame that Sidi must suffer this fate, or is she rightfully punished for her audacity? I have the impression that there is no neat resolution.
Posted by Ms. MacDonell at 7:10 AM 6 comments: